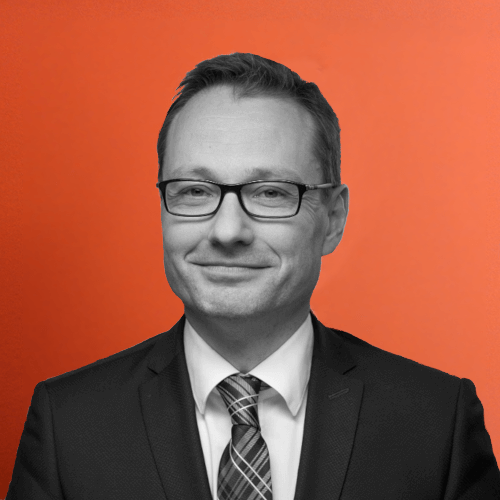 
Michael holds a Diploma in Organic Chemistry from Christian Albrechts University in Kiel, Germany, where he gained a PhD in Organic Synthesis and worked as a Scientific Assistant from 1994 to 1996.

In 1997, Michael became R&D Manager at the Consortium for Electrochemical Industry (Central Research Company of Wacker Chemie AG) in Munich and took over responsibility for the development of organic effect pigments for coatings, paints and (security) printing inks.

In 1999, he was appointed Laboratory Head Technical Marketing at Wacker Chemie AG in Burghausen, where he overlooked business development and product management for organic effect pigments for security printing, cosmetics and automotive coatings.

Michael then joined the security ink specialist SICPA in 2005, heading their operations in Germany as Managing Director, and in 2010 became responsible for Western Europe and Canada as well, as Regional Business Director Banknote.

Since January 2019 Michael has been Managing Director of Orell Füssli’s security printing division.