JUser: :_load: Unable to load user with ID: 42
20 YEARS OF INFOSECURA
Q&A with Manfred Goretzki: the man behind the magazine

Infosecura would not exist today without the hard work of journalist, editor and security printing expert Manfred Goretzki. From its beginnings two decades ago to the many changes he has witnessed in security printing since, he tells all to Alison Grace, Intergraf 's Communications & Policy Officer.

What is your background?

My first connection with the printing industry was as an apprentice typographer, after which I studied at the Akademie für Grafik, Druck und Werbung, now part of the University of the Arts in Berlin.

Gaining a thorough knowledge of printing was part of my training. After graduation, I cut my journalistic teeth at a Berlin daily, the Berliner Morgenpost . Later, I worked as film editor for a progressive film company in Canada, making documentaries about town-planning, ecological and indigenous issues.

As I returned to England in 1972, I took up a designer job in Brighton for a year. It was the time of frequent strikes, the 3-day week, etc. and difficult to find work.

Constantly looking for better opportunities, I was suddenly offered two jobs. One from GCHG, the British spy centre, to monitor East German radio broadcasts; and one from the International Master Printers Association (IMPA), the forerunner of Intergraf. 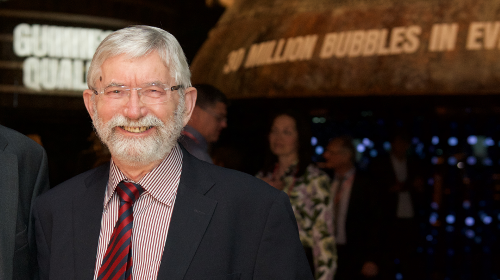 Tell us about your role at Intergraf

I joined Intergraf in 1973 and became Assistant Director a little later. At the time, the association was based in London. I was hired because I knew about printing and spoke English, French and German.

As the EEC, now EU, became more and more important in the early 1980s, it became crucial for the industry to have representation in Brussels. I followed Intergraf to Belgium.

Today, I am unofficially a member of Intergraf’s Committee of Experts and contribute whatever I can to the preparation and delivery of each SecurityPrinters conference and exhibition.

For Infosecura, I do everything: research, write, edit, sub-edit, page design, picture editing, layout and often photography. I’m a one-man-band!

Can you describe your day-to-day work routine?

In a few words, more of a pleasure than work!

After 12 years of commuting from Sussex, England to London – 2 hours each way – I enjoy not going to an office every morning. I have since developed a curious work habit. I get up early and work for a few hours. After lunch, I relax, read, walk etc. and start working again. After dinner, I usually go back to work and often work until midnight.

The best part is when, after researching a subject for hours or days, the outline of the story suddenly becomes clear and serious writing can begin.

What was the first security printing event that Intergraf organised?

The first – and my first – conference was in Milan in 1976 with around 70 delegates. Intergraf had decided to start organising an event for security printers because they had a lot to talk about, but nowhere to talk.

What was your best or most memorable one?

Hard to say, but Montreux in 2003 was important for Infosecura because I gained more freedom to design the magazine. It was also the beginning of growth for delegates – from 553 at the previous event to 797. This conference marked closer cooperation with suppliers.

Intergraf Currency+Identity has changed a lot. From opportunity to talk to colleagues and to the competition, it became an event where people not only expect good content, but also to really learn something.

How has the industry changed?

The industry has changed from banknotes being relatively simple – i.e. intaglio and offset printing with the inclusion of a watermark – to there now being dozens of different security features.

It used to be that the paper and printing were the most important features, but this is no longer the case. Now what is really important – part of the added value – is the whole array of security features. Their development over the last 15-20 years has been really staggering.

ID documents have followed the same trajectory, but later. Visas always had watermarks, etc. But what is really different in IDs is the data page. The passport I had when I came back from Canada in 1972 is amazing. It had a black and white photograph stapled in and an old rubber stamp. Security = zero!

What you have now is very sophisticated. This has changed enormously.

What developments have most suprised you?

The way the banknote and ID document sectors try to make their products fun. Take the Swedish banknotes, for example, which include day and night-light effects. In general, however, developments have been gradual and incremental. There was no light bulb moment.

And most impressed you?

Impressed or frightened? The advance of non-cash payments. It is a part of our Western so-called convenience culture. And, being a cultural thing, it is hard to change.

How do you see the future of security printing?

It will be a fight against everything going electronic. The industry has to ensure two things: (1) trust and (2) communicating information.

The public needs to trust that a €10 note is really worth €10, which when you look at in reality, it is not. It is only a symbol of value.

We also have to inform the public more about what physical money and documents do, and why they are worth keeping. The industry has to work to promote the benefits of these physical products.

We are fighting back, but it’s not going to be easy. 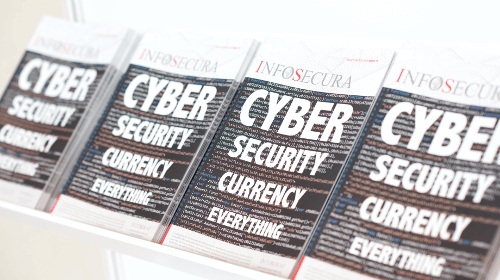 What is your wish for the industry’s future?

To hold on! And to increase the trust of people in physical money and documents.

They should get to know more about Intergraf as an association. It has always been treated as something separate from Intergraf Currency+Identity, but has a lot more to offer.

Intergraf’s ISO1298 and CWA 15374 certification schemes, for instance. This has been a very important and positive development for security printing.

Together with Intergraf Currency+Identity, which has no commercial objective and where there are no sponsors involved, it shows that Intergraf really works for the benefit of the industry. We really try to put something in.

Edited for the web. Read and download the original article published in Infosecura 77

Interested in advertising or submitting material for publication in Infosecura?