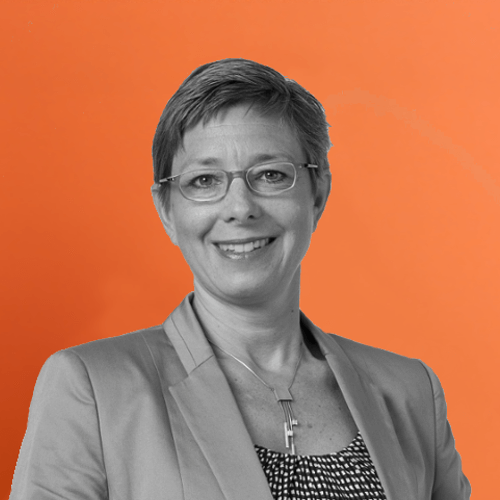 
Beatrice holds degrees in Business Administration, European Studies and International Management from universities in Germany and France. She has lived and worked in Germany, the USA, France and Belgium.

In 2001 she started working for Intergraf, Brussels, the European trade association promoting and protecting the interests of the graphic industry, and took over the position of Secretary General in 2003.

At Intergraf, Beatrice focuses on environmental issues, competitiveness of the industry as well as standardisation and social issues, and runs the security printing section which offers a platform for security printers, suppliers and customers worldwide via Intergraf Currency+Identity.

Her involvement in the development of security printing certifications dates back to 2001 with the set-up of the first CWA Certification, followed by CWA for suppliers and the ISO 14298 standard in 2013.

Beatrice has spoken on the development of the graphic industry at numerous conferences.