Join an exclusive group of thought leaders, experts and innovators as they take to our virtual stage to discuss the latest trends and emerging technologies shaping the currency and identity industry on 24-26/03/2021.

Check back regularly as more speakers are being added. 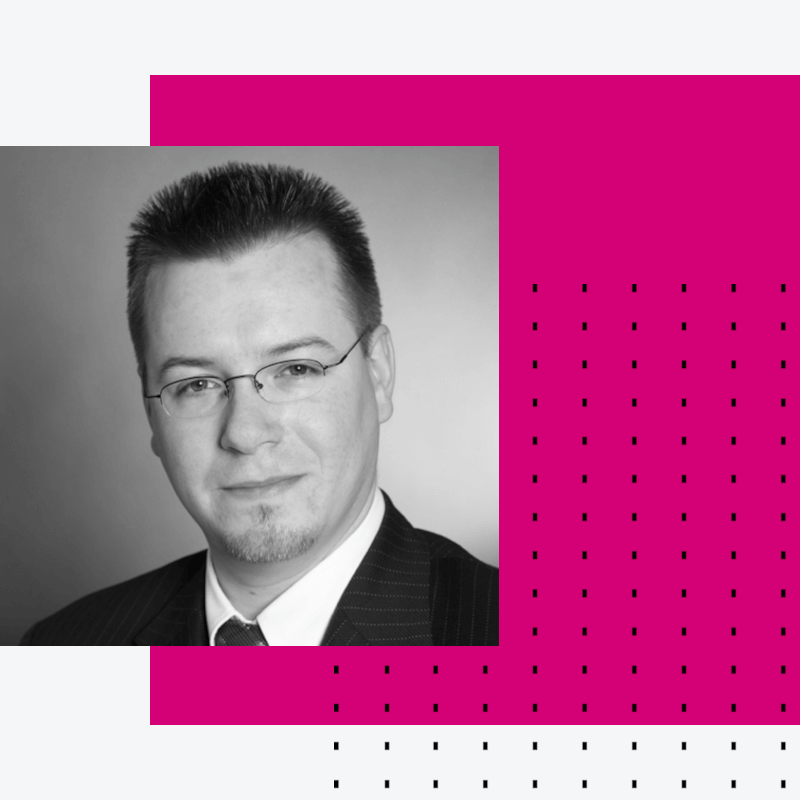 Felix Abt completed a PhD in the field of laser material processing. From 2006 to 2007, he was a Research Associate for laser macro material processing at Technologiegesellschaft für Strahlwerkzeuge mbH in Stuttgart, Germany; and then joined the IFSW Institut für Strahlwerkzeuge, Universität Stuttgart as a Senior Scientist for laser process diagnostic and closed loop control.

In 2013 Felix moved to Orell Fuessli Security Printing in Zürich, Switzerland, where has been working in different leading positions since, becoming Head of Banknote Finishing Department in 2020.

Felix currently serves as Chairman of the Print Works Group and has been a Member of the Steering Committee of the BPS International Users Group since 2018.

This presentation will provide insights into the development of a LED-bright-field backlight illumination, integrated in a remission IR-camera channel of a BPS 2000 for the visualisation of transmissive security features. 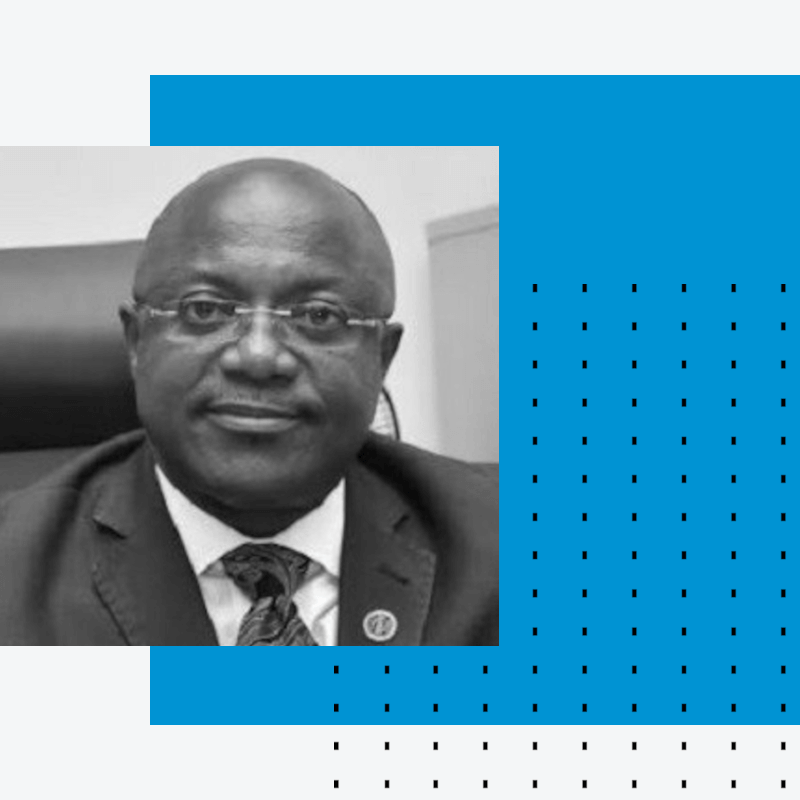 Prior to this, Kenneth held a number of senior positions home and abroad. He was Executive Secretary of the National Reconciliation Commission; Director of Operations and Chief Investigator at the Anti-Corruption and Investigations of the Commission on Human Rights and Administrative Justice (CHRAJ); and UN International Technical Advisor to the Truth and Reconciliation Commission of Liberia (TRC), as well as Management Consultant to the United Nations Mission in Liberia (UNMIL).

Kenneth alsoserved and as Commissioner for Human Rights in British Columbia, Canada; and as Crime Prevention Policy Advisor/Analyst at the Royal Adjudicator with the Canadian Immigration and Refugee Board Canadian Mounted Police, West Vancouver Detachment, Canada.

A Lawyer and Criminologist by profession, he is Board Chairman of the Ghana Refugee Board; lectured as Associate Professor of Governance and Leadership at the Ghana Institute of Professional Studies (GIMPA); and is Founding Dean of the Faculty of Law and Founding Director of the William Ofori-Atta Institute of Integrity at the Central University, Ghana.

Ghana’s eID project establishes a credible register of all Ghanaians and permanently resident foreigners. It will serve as the single source of truth and proof of identity for all transactions in the country. 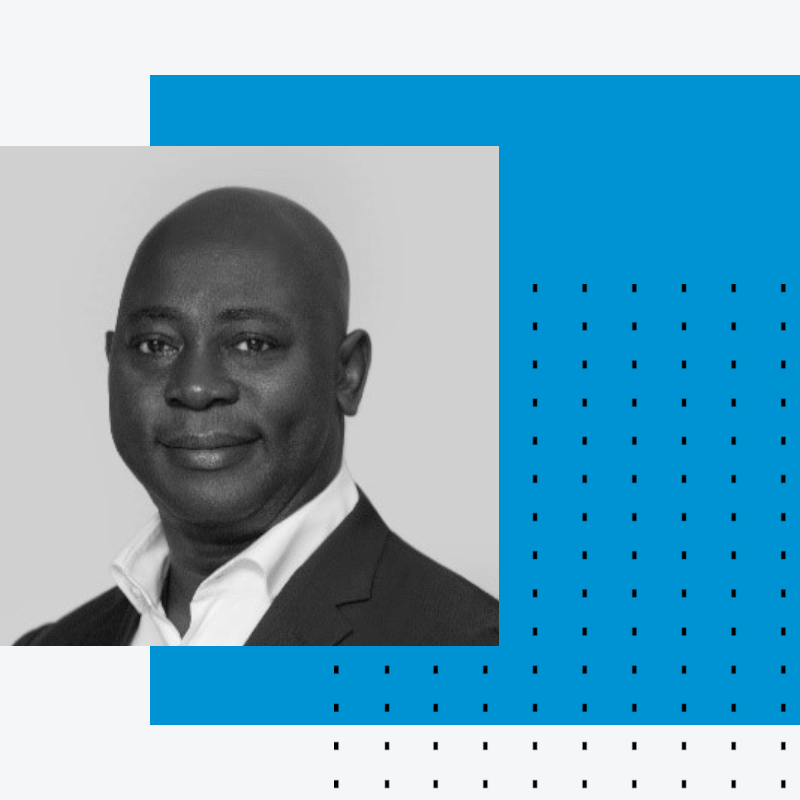 Moses Kwesi Baiden Jnr. is the founder and CEO of the Margins Group of companies, a $100 investment which he turned into a multimillion-dollar corporation through strategic foresight, drive and determination, in just three decades.

A skilful negotiator with strong business development and relationship building skills, Moses has established win-win partnerships with both private and public organisations in the global marketplace, and has conceptualised, built and managed award-winning products with the support of his team of industry experts.

Moses remains in constant pursuit of rare and exciting opportunities in the advancing field of technology and is committed to the Margins Group vision to be global leaders in identification, data systems, transactions, and solutions.

Moses attended the Ghana Law School where he graduated in the top-tenth percentile of his year .

Ghana’s eID project establishes a credible register of all Ghanaians and permanently resident foreigners. It will serve as the single source of truth and proof of identity for all transactions in the country. 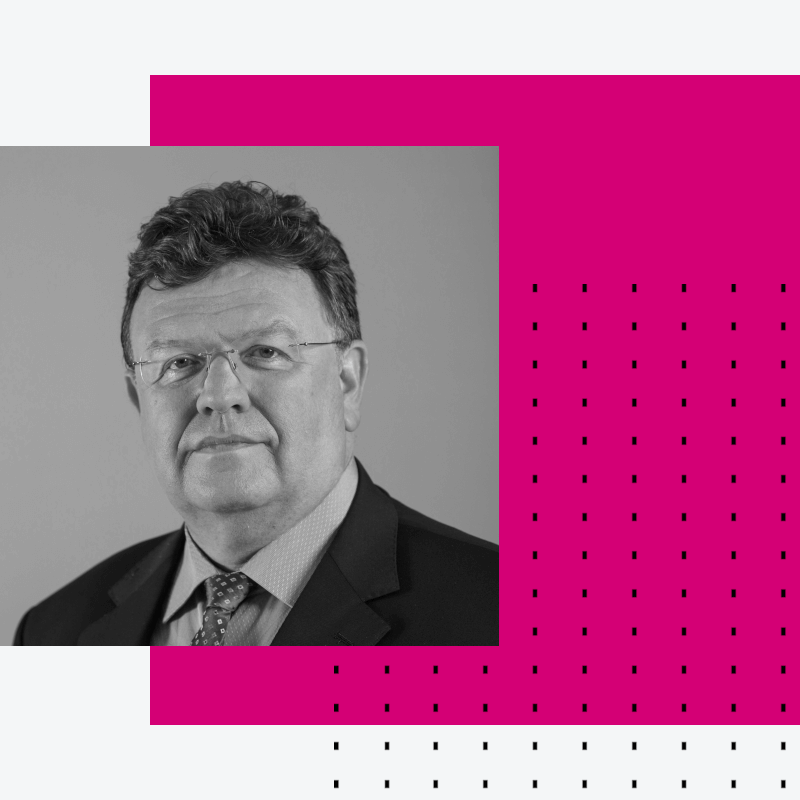 Member of the Executive Board

Johannes Beermann studied Law at the Ludwig Maximilian University in Munich and, after passing his Second State Exam in 1988, joined the staff of the Federal Ministry for Youth, Family Affairs, Women and Health.

Having completed his PhD in Law at the University of Münster in 1990, he worked at the Saxon State Ministry for Social Affairs and at the Saxon State Chancellery until 1992, and served as Head of Office for the CDU Secretary General Peter Hintze for the next three years.

In 1995, Johannes became State Councillor to the Senator of Finance of the Free Hanseatic City of Bremen. He was then Secretary of State for Federal and European Affairs at the Hessian State Chancellery and Commissioner (Bevollmächtigter) of the State of Hessen to the Federation from 1999 to 2003, and subsequently worked in a law firm as a lawyer.

Johannes was appointed Chief of the State Chancellery and Minister of State for Federal and European Affairs of the Free State of Saxony in 2008, and reappointed to these positions a year later, until 2014. He has been a member of the Executive Board of the Deutsche Bundesbank, responsible for the Directorates Banknotes, Controlling, Administration, Construction and the Procurement Centre, since January 2015.

In 2020, Johannes was awarded an honorary professorship by the University of Applied Sciences in Mittweida, where he also holds a lecturing post. 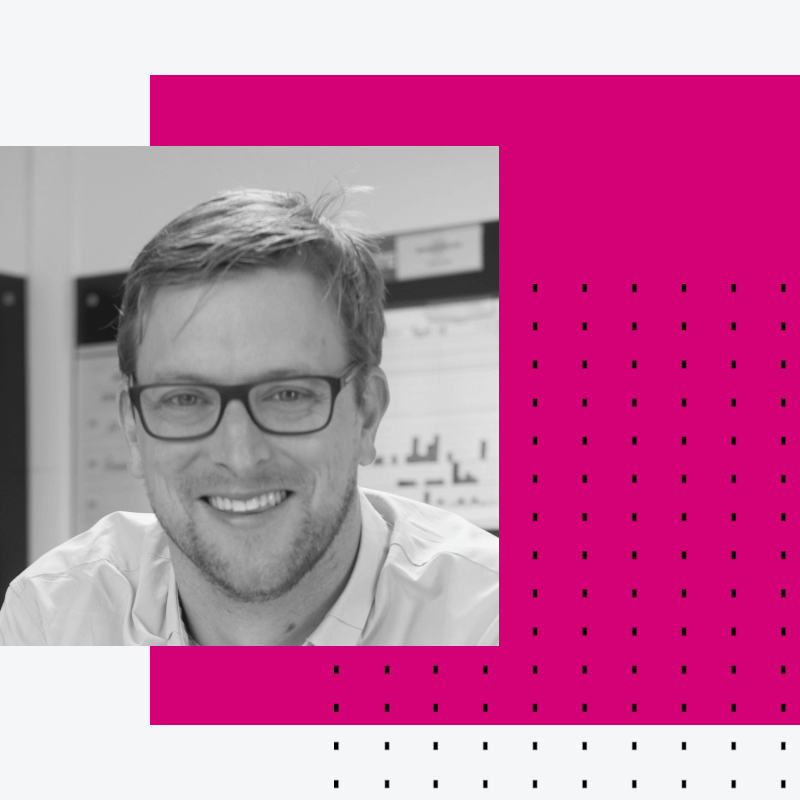 An Engineer by training, Pierre-Yves Boissinot began his career in the automotive industry, as Supply Chain Manager with Vallourec in 2003. After two years, he moved to PSA Peugeot Citroen to take up the role of Production and Industrial Project Manager, and then joined Toyota Motor Manufacturing France as Production Manager in 2012.

From printed sheets to shipping, this presentation will delve into the implementation of a fully automated project in the banknote finishing department aiming to increase security, quality, productivity, and traceability. 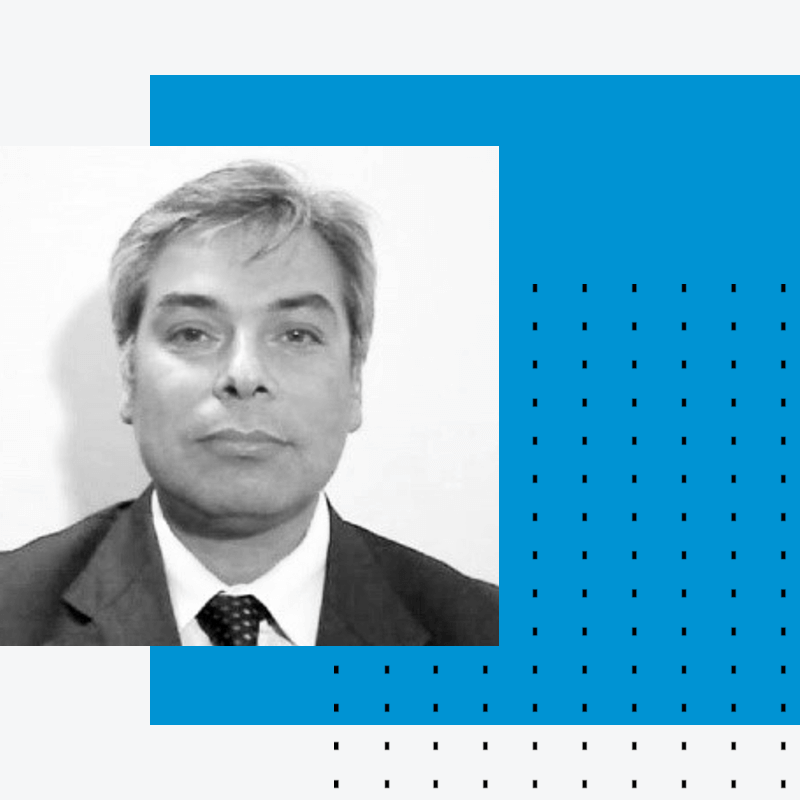 Ministry of the Interior __ Argentina

Using biometric techniques, the process enabled Argentina to enrol 100% of its population, that is, 45 million citizens. Enrolment and digitalisation extended over a period of 10 years.

The National Identity Document in Argentina currently takes two forms: a physical card and a virtual format, hosted on the phone. The initial ID always requires a face-to-face procedure. After that, subsequent IDs are issued remotely using facial biometric verification. This presentation will show how that process was used to generate 800,000 documents remotely in times of social distancing, and how biometric identity services are changing the way services are provided to Argentinian citizens. 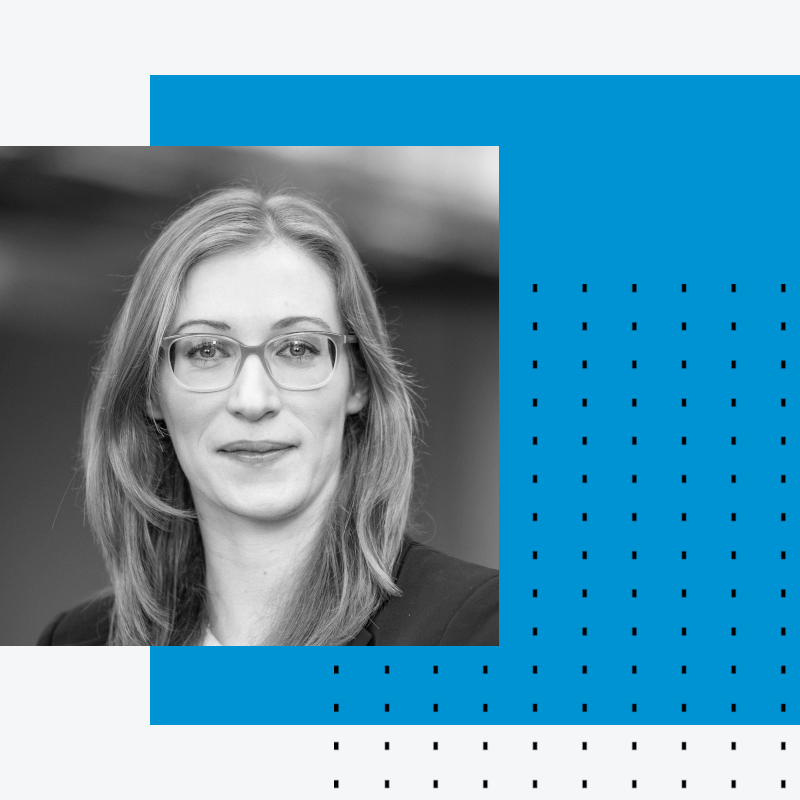 Leonie Bruckert has been working as an IT consultant for secunet since 2017. She received her BSc and MSc in Applied Mathematics from Leipzig University of Applied Sciences (HTWK Leipzig), Germany.

Leonie was already fascinated with the power of quantum computers, notably with their extensive impact on cryptography, when doing her master’s thesis. Post-quantum cryptography (PQC) eventually became her main field of interest and it still is to this day.

At secunet, Leonie monitors developments in the field of quantum computing and the standardisation of PQC. She is also pushing forward the integration of PQC into internet protocols in general and secunet’s security solutions in particular.

Identities are secured using asymmetric cryptography. Therefore they are threatened by future quantum computers. An early migration to post-quantum cryptography (PQC) is critical to long-term security. 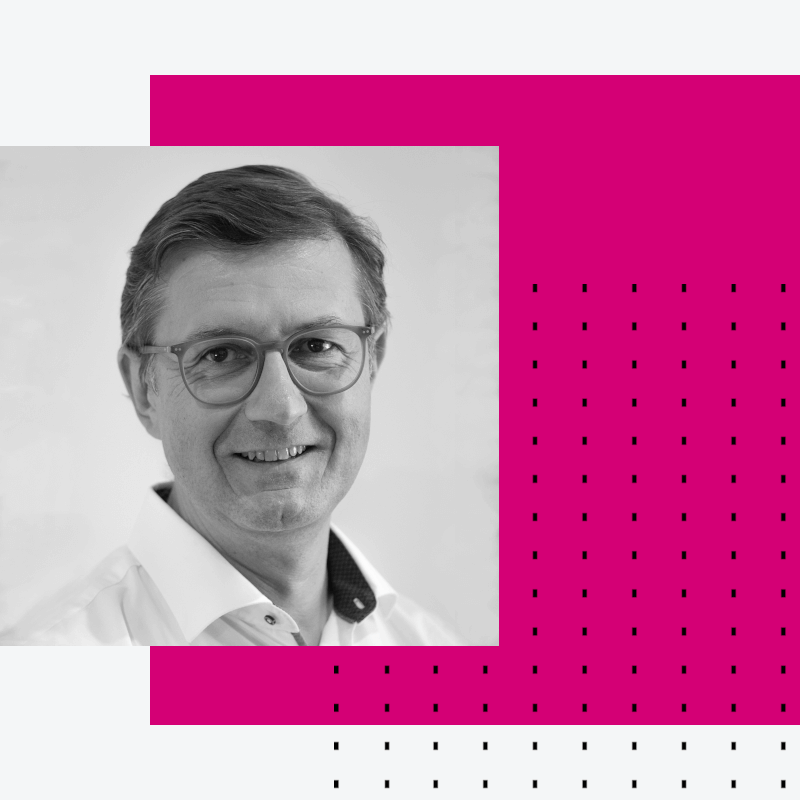 Sylvain Calluaud graduated in General Engineering from the ESPCI Paris Tech, a major French institution of higher education. He started his career as R&D Engineer for the company BASF and moved to the Banque de France Printing Works in 1997 as Manager of the Central Laboratory.

In 2002, Sylvain joined the European Central Bank (ECB) to be involved in key projects related to the development of the second series of euro banknotes. Since 2013, he has been heading its Banknote Production Section, with responsibilities covering the coordination and monitoring of the euro banknote production, and of the Eurosystem security, quality, health & safety and environmental management systems.

Sylvain is the chairman of the Banknote Requirement Steering Group (BRSG), a sub-group of the Banknote Committee (BANCO) of the European System of Central Banks. In this context, he has been deeply involved in monitoring and managing the euro banknote supply chain during the COVID-19 crisis.

Since March 2020, government high security production operations have been challenged to carefully maintain production and the health of their employees. Join directors from the U.S. Bureau of Engraving and Printing, the European Central Bank and the Bundesdruckerei to learn how they managed their organisations through the pandemic. 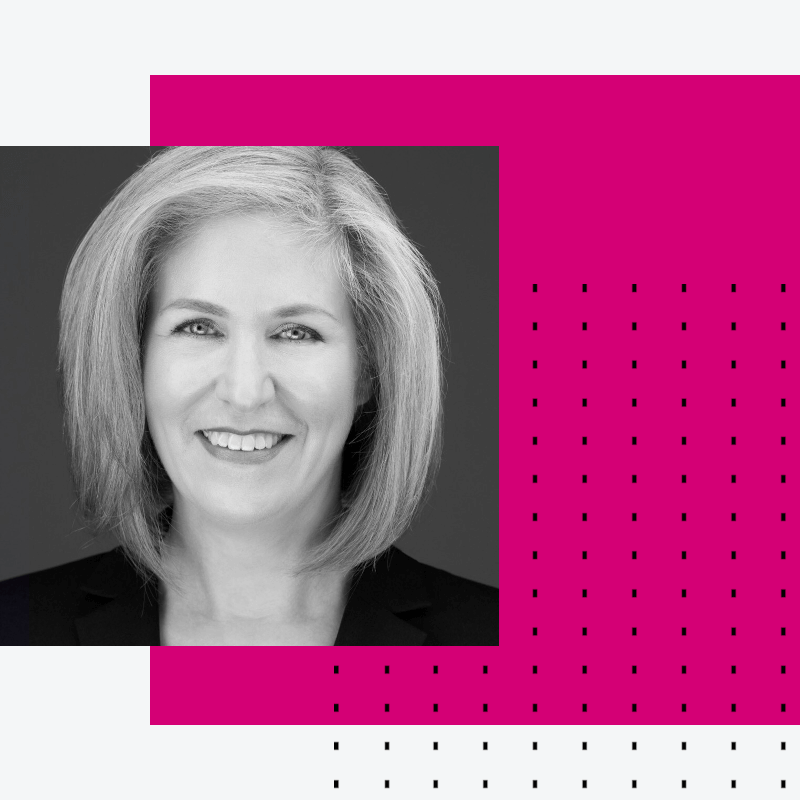 Maureen Carroll is the Managing Director of the Currency Department at the Bank of Canada.

In this role, she is responsible for all aspects of the currency function, including research into and development of new banknote designs and security features, and the supply and distribution of banknotes.

Maureen joined the Bank of Canada in 2003. She has a Bachelor of Chemical Engineering degree from the University of Western Ontario and an MBA from Queen’s University.

Objectives, conditions and feature demands for the introduction of a CBDC based on Bank of Canada’s role as a central bank

We are preparing for a future where Canadians may need a digital currency issued by their central bank. The evolving conditions, features, value proposition and public policy considerations will be discussed.